HS2 Ties A Ribbon Round The Old Oak Three 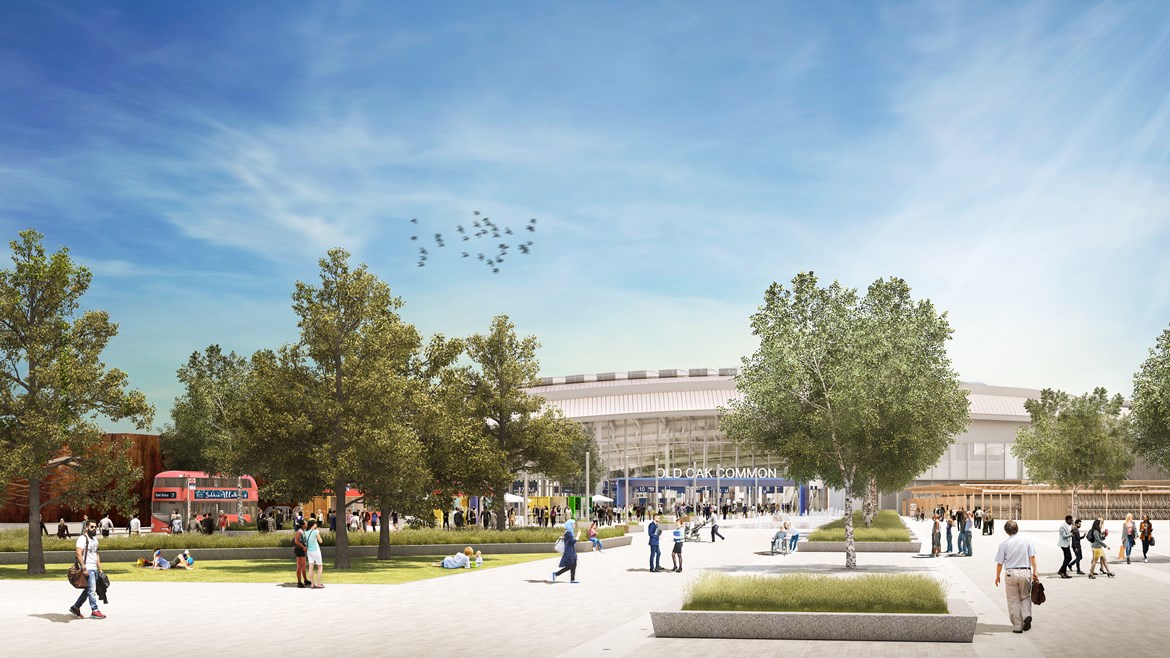 The joint venture between Vinci and Balfour Beatty along with Systra make up the three firms that will commence the building of the UK's newest and largest station - Old Oak Common.

The Old Oak and Park Royal Development Corporation granted planning permission on 19 May. The green light means that work can progress on building 14 platforms, with a 850 metre long station box, with a volume to fit 6,300 Routemaster buses in it. (There will be a mix of six high speed and eight conventional service platforms.)

When operational, the station will be used by up to an estimated 250,000 passengers each day and is set to become one of the busiest railway stations in the country. It will provide seamless connectivity with conventional rail services through eight conventional train platforms, to be served by the Elizabeth Line (Crossrail), Heathrow Express and trains to Wales and the West of England.

The HS2 Old Oak Common station will incorporate some striking design features, such as an impressive sequence of interlocking curved roof forms which has been designed to enhance the open environment of the station and provide natural ventilation minimising the need for long term energy consumption. The arch forms also reduce the need for columns to support the roof and provide clear sight lines, allowing views across the station to help visitors orientate themselves. The station design development has been led by engineering professional services consultancy WSP with architectural support from WilkinsonEyre.

New public spaces are also being created as part of the design including a new public square directly outside the station. It will include seating and cycle parking and could also be used as a setting for public artwork.

The HS2 station will be a catalyst and gateway for Old Oak and Park Royal, one of the largest regeneration sites in the UK.  Plans to transform the wider area around the station, a former railway and industrial site, are being led by the OPDC and they project that the area around the new HS2 station will become a neighbourhood with the potential to create tens of thousands of homes and jobs.

“The planning approval for the Old Oak Common super-hub station is an important milestone in the delivery of Britain’s new world-class low carbon railway. Building a new railway station for the UK on this scale and size will be an incredible achievement for British engineering”

Liz Peace, Chair of OPDC said: “Now, more so than ever, the delivery of new and affordable homes and jobs at Old Oak and Park Royal is needed to capitalise on the unrivalled connectivity that HS2 will bring. By working closely with key stakeholders and partners, including HS2, the local London Boroughs and Network Rail, while listening to and collaborating with local people, we can make sure these public benefits are realised.”

The station is designed to meet a ‘BREEAM excellent’ standard which is an industry recognised standard for buildings that reduce energy usage and materials waste, and minimise impact on the natural environment.

Balfour Beatty, Vinci and Systra are set to begin work in June.

Picture: An impression of how Old Oak Common station, the newest and largest in the UK, will look.

Homes England has given its blessing to funding packages worth £300 million to accelerate the delivery of 20,000 new London homes - including 6,700...

The Fore Partnership has gotten the green light for a transformational low carbon workspace next to the iconic Tower Bridge that will be 100% electric and...

Originally built in 1775, the grade II listed converted barns and farmhouse at Elms Farm, Derbyshire is the home of the Smedleys who recently added roof...

Cardiff Council has approved plans for a key build-to-rent development at Guildford Crescent in Cardiff by Galliford Try on part of the Marcol...

On the TOWN - Agora Goes Forward

The long-awaited redevelopment of the failed Agora Centre in Wolverton will start before the end of 2021 after Milton Keynes Council’s planning...

Aluminium windows from SAS have helped create a warm and welcoming accommodation scheme for the students of Arts University Bournemouth. Senior...

Schüco UK is set to broadcast its second Innovation Now (i.NOW) virtual event on 27 May, following the success of the launch event in...

An office and a garden have overtaken closeness to a station, shops and restaurants when it comes to choosing a new home, according to research...

Home workers are getting just 22 minutes of natural daylight per day raising concerns a greater number of people will experience SAD as we adjust to the...