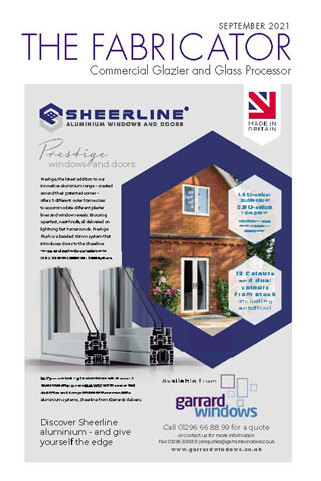 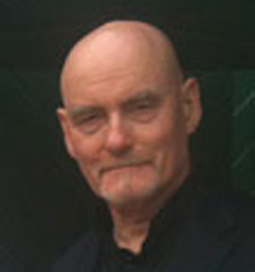 John Roper The Fabricator's editor opines on the latest boom/bust cycle - the boom being very good to the home improvement market at this time but much of this is down to a lockdown backlog which must end, And then there is the subject of the skills shortage - 900,000 job vacancies and no lorry drivers and - at this rate there will be nobody to deliver Christmas turkeys. To Read More - Click The Pic 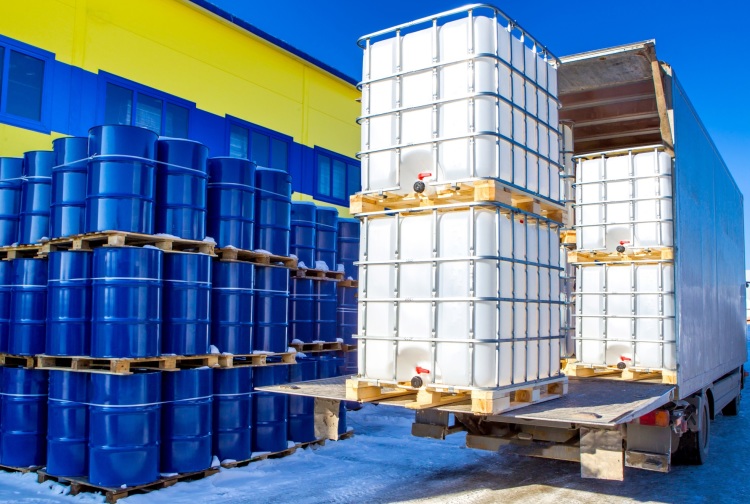 As the legislation continues to change following the UK’s exit from the European Union, the Glass and Glazing Federation has issued key guidance on the importation of chemicals from the EU. To Read More - Click The Pic

Marketing - Let's get back

For some the Glazing Summit 2021 cannot come soon enough. Andrew Scott discusses why attending the one-day conference is vital for businesses – and how we can help shape the industry’s future together. To Read More - Click The Pic 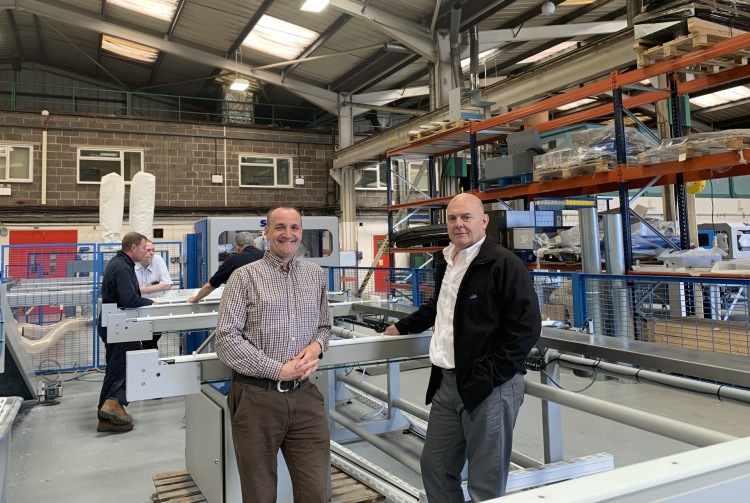 Nearly 20 years ago Danny Williams bought a Stuga Flowline sawing and machining centre for his fabrication company Pioneer Trading. The Flowline revolutionised production at Pioneer and was so successful that a second one was added a couple of years later, writes Steve Haines. To Read More - Click The Pic 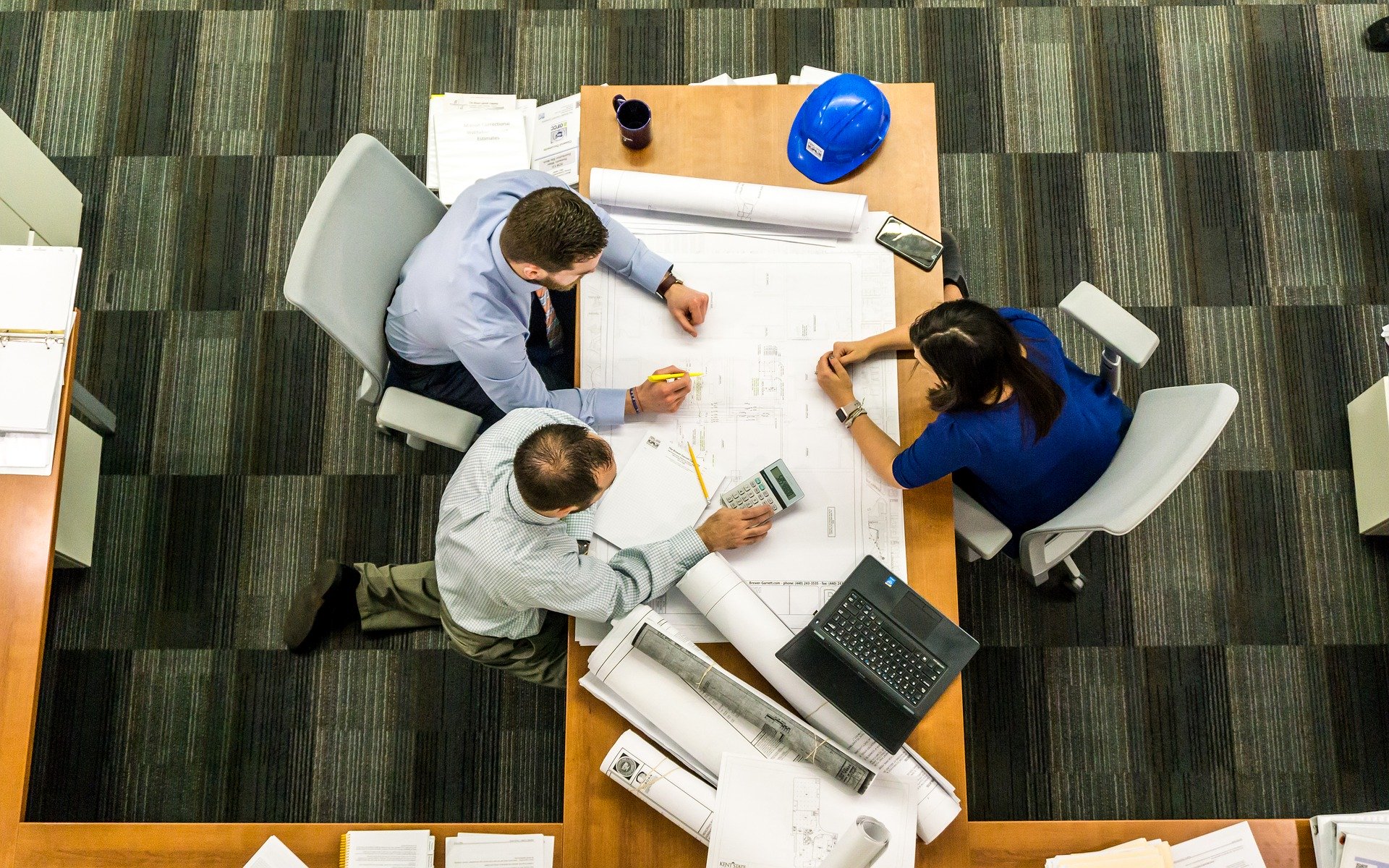 The Competition and Markets Authority has issued a warning to businesses with a new campaign, which asks firms if they are Cheating or Competing?

The launch comes after a sustained crackdown against illegal cartels by the Competition and Markets Authority (CMA), which issued over £43 million in fines last year (2019) alone - some of which went to some familiar faces in the building and home improvement sector - and has been a blight over decades in the glass market.

Anti-competitive practices such price fixing, bid rigging and dividing markets or customers between competitors - commonly referred to as market sharing - can take place in any business - especially where tenders are involved.

New research, conducted on behalf of the CMA, revealed that only 6% of firms were familiar with competition law and that general understanding of the illegality of these business practices is low. 29% of those surveyed thought it was OK to attend meetings with competitors to agree prices.

A further 32% thought agreeing not to supply each other's customers was legal, and a quarter (25%) saw no problem with discussing bids and agreeing who would get which tenders.

“The CMA is cracking down on businesses that collude to rip off customers by fixing prices, sharing out markets amongst themselves or rigging bids. Our message to them is that we know cheating when we see it, even if you don’t.”

Ignorance is no defence

"Pleading ignorance is no defence - it’s up to businesses to know what these unfair practices look like and avoid them," continued the CMA's Howard Cartlidge.

The research goes on to show that only 6% of management teams of the construction firms surveyed had received competition law training. Additionally, only 6% of the respondents had actively sought out information on how to comply with the law.

“By ensuring you stay on the right side of the law, you can avoid substantial fines, director disqualification or jail. And if you suspect something illegal is going on, report it to us before it’s too late,” said Cartlidge.

"The CMA understands that most businesses want to do the right thing and the campaign is designed to help them do that and to ensure fair dealing. Putting an end to an illegal cartel means that businesses and customers don’t lose out because others choose to cheat – cheating that comes with serious consequences."

The CMA has also lifted the lid and highlighted the secret conversations that take place inside illegal cartels.

An investigation into a pre-cast concrete drainage cartel that resulted in £36 million in fines in 2019, revealed that the businesses concerned held regular secret meetings (four of which were secretly recorded by the CMA), away from business premises, in hotel meeting rooms.

The businesses discussed and agreed certain price lists, which were then used by sales teams as a basis for negotiating with customers. They also agreed that they would not compete for each other’s customers on certain fixed price contracts. One of the individuals at a cartel meeting said: “…I’m quite happy if we agree jobs because you know, it is pointless cutting the bloody price, we should be sticking out, as we’ve always said, get a better price…”

And another said: “…just set the term deals up, set the ... market rates up and the merchants rates up ... and the likelihood is you’re going to get the same market share…”

Meanwhile, the CMA fined 3 Berkshire estate agents in 2019 for illegally fixing the minimum levels of commission fees that they would charge customers on the sale of residential properties. Four estate agents implemented the illegal arrangement primarily through secret meetings, as shown in the evidence gathered, for example: “The company average fee is now around 1.8%. I am willing to do whatever it takes to get this sorted. We’ve had meetings over the last few weeks with other agents […] and there is at last a general consensus that something should be done. Let me know if you would like to meet with several of our competitors.”

The CMA’s campaign will target firms via posts on social media sites, and radio and digital display advertising. The campaign encourages people to visit the CMA’s designated ‘Cheating or Competing?’ page which features videos, short guides and case studies to explain what business cartels are and how people can report them.

Additionally, as the CMA continues to step up its drive to raise awareness of cartels, the campaign has received support from the Federation of Small Businesses and Institute of Directors.

Charlotte Valeur, Chair of the Institute of Directors, said:  “Competitive markets are good for both consumers and businesses, encouraging innovation and keeping prices down, so it’s worrying that the CMA have found that many businesses leaders don’t know their full legal responsibilities. Firms should prioritise director training and professional development to ensure they do not inadvertently fall foul of the law.”

Federation of Small Businesses National Chair Mike Cherry said: “Greater awareness is needed for all businesses about these practises, some of which could be ruinous for small businesses. SMEs want to do the right thing, which is why it is so important to have a clear understanding of the law surrounding, anti-competitive behaviours such as cartels and price fixing."

Picture: Cartels having been fixing prices in the building and glass markets for years at secret meetings.

Employers can face hefty fines if they fail to provide employees with necessary health surveillance as the HSE has announced that it has not extended the...

Pearsons Glass has been convicted after a roofer was fatally injured when he fell six metres at a property in Liverpool. Meanwhile, a job in Manchester has...

As the low of the lockdown eases and people begin returning to working up ladders, the No Falls Foundation is urging workers to ‘Be Safe, Don’t...

The Health and Safety Executive has released its annual figures for the number of work-related fatalities in 2019/20. The figures came out at the...