I Think We Got Ourselves A Convoy - £1 Billion Project Rolling 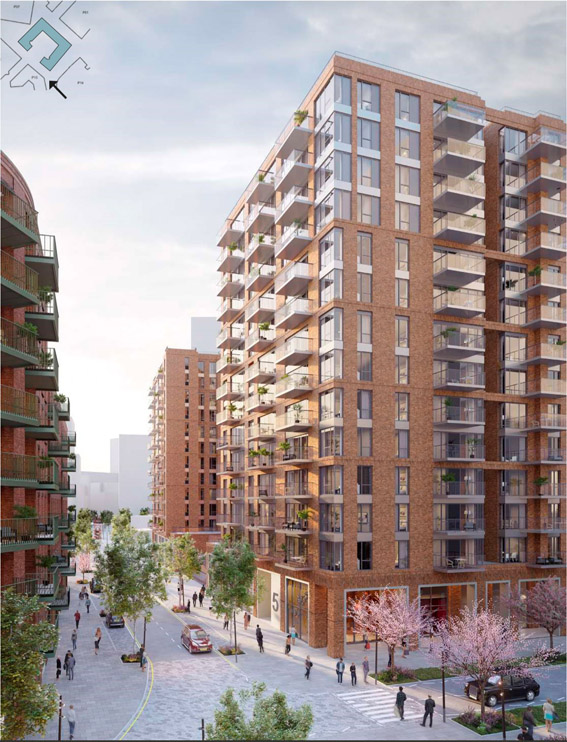 Planning permission has been granted for £1 billion worth of homes at Convoys Wharf - at 40 acres, it is the single largest development site in the London Borough of Deptford.

Deptford was once home to one of South-East London's roughest dockside communities. Like much of the capital, it has been gentrified beyond recognition - but the  redevelopment site has not actually been accessible for any public project in 100 years. It was first used as part of Henry the Eight's Royal Dockyard (early 1500s).

Plans were first submitted by Convoys Properties Limited in spring 2013 for the comprehensive redevelopment of the site but wrangles have caused delay up until now. In fact the original granting of planning permission was called in by the Mayor of London in October 2013 and then re-granted in September 2014. Further discussions between Lewisham and the developers have been going on ever since.

The original 2013 plan allowed for up to 3,500 new homes; space allocated for shops, restaurants, cafes and a hotel; 1,800 car parking spaces; public open spaces; public transport improvements including a river bus service;  renovation of the Olympia Building, a Grade II listed warehouse; and three tall buildings (two at 38 storeys and one at 48 storeys).

For full details of the November 2019 plans - Click Here

The first plot (22) of the regeneration will start with the building of 460 flats. This will be followed by the development of a further 21 pots. The Hutchison Property Group (which now owns the site) is the developer working with urban design practice, Farrells and Glenn Howells Architects, along with landscape and architecture specialist Gillespies and Andy Sturgeon Design.

Farrells is currently working on the detailed design for the 460 residential units, the first phase of the fully consented 22 plot Farrells masterplan.

Overall, Farrells consented masterplan for Deptford will include three new public parks totalling 3 acres, 120 shops, restaurants and cafes and space for cultural usage. It will link to and enhance the existing High Street and historic town centre, and create over 2000 new jobs for local people.

It was BPTW that eventually helped secure the outline planning permission to build up to 3,500 new homes at Convoys Wharf that will open up the waterfront and the Thames Path for the first time in a century, as well as deliver a range of commercial and community spaces, including a new school, healthcare facilities, retail spaces and public realm.

Given the scale of the site and the value of its riverfront location, the development of the scheme was met with significant public interest. In consideration of this, BPTW’s application was informed by an extensive community and stakeholder consultation process, undertaken to achieve support and ensure that the proposed design reflected the aspirations of the community as well as the client.

Pictures: £1 billion worth of homes will be developed at Convoys Wharf.

Greenwich - In The Meantime, 1,500 Homes Proposed

U+I has submitted proposals for a major mixed-use scheme on Greenwich Peninsula that will deliver around 1,500 new homes. Morden Wharf, as the...

A deal has been done to build more than 1,550 homes on the former Ford Dagenham car works in East London, however, this will be dwarfed by the 25,000 homes...

Planning permission has been granted for Elthorne Works, a co-location scheme in the London Borough of Ealing. The redevelopment will provide extensive...

X Marks The Spot Of The Tallest Tower In Town

The City of London Corporation has approved 1 Undershaft - AKA The Trellis - which will be the second tallest building in the Capital after The Shard and...

Willmott Dixon has been selected by the London Borough of Hounslow for another large housing scheme, this time to create 96 affordable homes and commercial...

Cardiff Council has approved plans for a key build-to-rent development at Guildford Crescent in Cardiff by Galliford Try on part of the Marcol...

On the TOWN - Agora Goes Forward

The long-awaited redevelopment of the failed Agora Centre in Wolverton will start before the end of 2021 after Milton Keynes Council’s planning...

New homes, workspaces and a lifestyle hotel at 330 Gray’s Inn Road, the former home of the Royal Nose, Throat & Ear Hospital, have been approved...

DLA Architecture has been appointed to design a new £270 million mixed use space on the former International Swimming Pool site at Lisbon Street in...