Roadmap To Recovery - Four Key Tests To Stay On Course 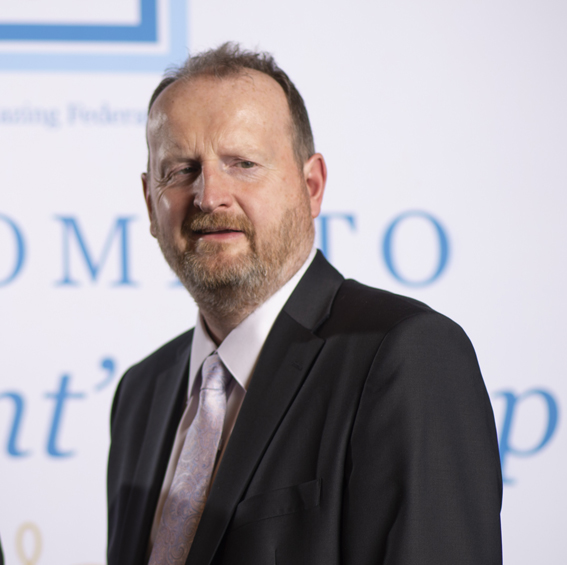 The GGF has welcomed the roadmap to recovery but remains cautious after previous false starts - and in the face of the four key tests to stay on course.

There are some key dates that all being well, the industry can look forward to, with the headliner for England being the 12 April as the date for the re-opening of non-essential retail, which includes showrooms and concession outlets in garden centres and supermarkets.

However the easing of the lockdown measures, depends on four key tests. The tests the Government will check against every five weeks are:

“We are pleased to see the government’s roadmap to recovery and hopeful that it all goes to plan, however there is still a long way to go to full recovery and companies should continue to act responsibly, follow the safe guidance and take all necessary precautions.”

"The four tests by which the UK government is measuring the situation shows how precarious the roadmap to recovery is and particularly after the last 12 months that has seen things change rapidly with three national lockdowns, new variants, second waves and increases in infection rates, cases, hospitalisations and fatalities," continues the GGF's Agnew. "On the positive side, the vaccination programme is going remarkably well with almost 18 million people receiving the first does and over 650,000 receiving the second injection. Just under 300,000 people per day are receiving the vaccination and by July, all going to plan, the entire population could be vaccinated."

From the government's information, the GGF has put together a summary of best case scenarios for companies in the Glass and Glazing Industry across the four nations of the UK and also the Republic of Ireland:

Meeting outdoors is allowed again. This is detailed in the context of social and families meeting not work. The GGF will be seeking clarification from its Primary Authority Partnership and the government on meeting outdoors as this could include safe canvassing.

Non-essential retail (including showrooms and concessions stores) to remain closed.

Working in people’s houses can continue but safe guidance must be followed.

Working on construction sites and manufacturing can continue but must follow the safe guidance (Site Operating Procedures).

The stay at home legal requirement replaced by guidance, restrictions will remain in place. People should continue to work from home where they can.

If all 4 tests have proven satisfactory then:

All retail should be in allowed to re-open. This includes showrooms, concession stores, garden centres etc.

It is anticipated that canvassing, if it had not resumed beforehand should be safe to resume.

Most legal restrictions on meeting others outdoors will be lifted – although gatherings of over 30 people will remain illegal.

If all 4 tests have proven satisfactory then:

Legal limits on social contact will be lifted but some guidance will remain.

In Scotland - subject to satisfactory conditions regarding the pandemic:

Non-essential work in the home may be allowed.

The best case scenario is that at some point in March, Scotland may announce a move into the Variable Levels System for May however this would need to coincide with the World Health Organisation test being satisfied after the easing of the strengthened level four (which is explained below).

Lockdown continues with two six week reviews from 23 February. These reviews will determine whether the non-essential retail can re-open – though click and collect for non-essential goods can continue.

Working in people’s homes is allowed as long as the safe guidance is followed.

Working factories and on construction sites can continue but site operating safety procedures and social distancing must be followed.

The Northern Ireland Executive has extended the lockdown until 1 April. From that date non-essential click and collect can resume. No further information on the easing of the lockdown have been released.

In Republic of Ireland

The Republic of Ireland government has extended the lockdown until 5 April and by this date will have made a decision on when to re-open construction and other industries.

A move beyond the strengthened level 4 into variable nation levels is informed by the World Health Organization which says: 'Given the importance of vaccine roll-out to the safe return to geographically variable levels, we are therefore set an important further condition that at least all of the Joint Committee on Vaccination and Immunisation groups 1-9 must have been offered a vaccination prior to the return to geographically varied levels'. Scotland plans to have met this condition by early May.

Protect the NHS and save lives

John Agnew concludes: “The GGF is continuing weekly discussions with government on the issues affecting our industry including the resumption of canvassing and re-opening of showrooms. We hope these activities can resume soon for our sector but only if it is deemed safe to do so. In the meantime, I urge all Members and all companies in the industry to proceed with caution and continue to follow the GGF and government guidance to protect the NHS and save lives.”

The GGF is urging all companies and workers in the sector to make sure they not only stay safe but also work safe during the latest lockdown. In May,...

Stay Calm And Carry On Working

The Prime Minister spoke on Saturday 3 Oct to announce a proposed new England-wide lockdown to be ratified on Thursday 4 Nov. He insisted he want...

The Prime Minister Boris Johnson has categorically declared if you are employed in construction or manufacturing and have to be on site - there is no...

A Cellular Approach To Covid Cure

The Construction Industry Coronavirus Forum has released the latest in its series of Covid-19 animations – this time offering advice on how workers...

Help For Struggling Businesses In Lockdown 2

Insight Data has introduced a new campaign to help businesses understand how to win more customers. Despite some businesses being very busy during...

To assist FENSA Approved Installers prepare to enter homes and commercial premises, the organisation has produced a number of return to work...

The GGF has acquired the brand and other assets of Palmer Market Research, which for almost 40 years provided research and reports on the window, door and...

FENSA, the industry’s top competent person scheme, has appointed Phil Slinger, Chief Executive of the Council for Aluminium in Building, to its...

A new GGF Aluminium Group for companies operating in the aluminium sector has been formed after the organisation identified a gap in the current technical...

FENSA is introducing a new payment protection escrow service. Escrow is where money is held by a trusted third-party until the job or purchase has been...

The GGF, together with FENSA and BFRC, has partnered with Middlesbrough based window and door recycling specialist, CNC Recycling, to launch a new PVC-U...