The Foundation Of A Career 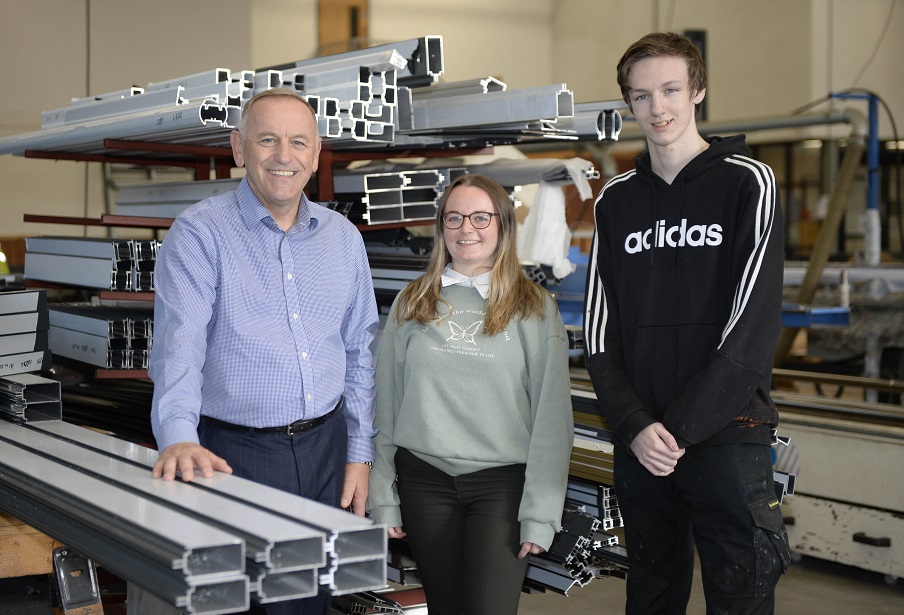 AB Glass has continued its support of charity The Roots Foundation by employing one of its young people as a trainee.

The Roots Foundation is an independent, volunteer-led charity based in Swansea, which supports young people in care, care leavers, children in need, and young adults who have left care, with the transition period of independent living.

In 2020, The Roots Foundation was awarded the Queen’s Award for Voluntary Service, the equivalent of the MBE for the voluntary sector.

During a visit to the charity, Alan Brayley, the managing director of AB Glass and Deputy Lieutenant of West Glamorgan, met Darran Thomas-Roberts, who was being supported by The Roots Foundation. Impressed by his positive attitude and ambition, he asked him to apply for a job at AB Glass as a trainee.

Thomas-Roberts was successful and is thriving in the new role. Under the guidance of the company’s management team, he looks on course to qualify in his job and become an asset to the company for many years to come.

“We have had a long and mutually beneficial relationship with The Roots Foundation and finding Darran is just the latest chapter in that story. He is a young man with great potential and we are delighted with the progress he is making in his new role.”

This is just the latest way in which AB Glass has helped the charity. In April, in an initiative supported by HM Lord-Lieutenant of West Glamorgan Louise Fleet, the company donated a number of Easter eggs to the charity.  It also linked with the charity when it volunteered to help on the DIY SOS: Children in Need Big Build Special, back in 2017. Its staff were part of a team of 800 volunteers who transformed a derelict site on Ravenhill Road into a spectacular new purpose-built centre for the charity, manufacturing and installing all of the windows and doors for free.

Emma Lewis, chairperson of the Roots Foundation, says:  “Everyone here at the Roots Foundation Wales are extremely grateful for the support AB Glass has given us over the years and we wish Darran every success in his new career. We would urge more businesses to see AB glass as an example in how to support young people in a proactive and enabling way and offer meaningful and genuine opportunities"

Now in its fourth year, the #AluminiumDay event will take place on 13 March 2022 as Senior Architectural Systems promotes all things aluminium – this...

The National Federation of Builders has launched a paper representing the views of its members which is scathing of the CITB and suggests major reform is...

New Building Regs Are Not A Chore With PuRe

Building regulation compliance doesn’t have to be a chore with thermally-efficient PURe aluminium windows says SAS which not only work with the new...

Kolorseal has been supplying colour coated products to one of the UK’s largest manufacturers of PVC-U door panels, Hurst Doors, for over 13 years....

Former Apprentice To Head Up CITB

A former apprentice service engineer, Tim Balcon, will take over the reins of the Construction Industry Training Board. Balcon started out from a mining...

Large-scale aluminium and UPVC fabricator Arkay Windows is seeking to grow its network of partners throughout the UK with the launch of its Approved...

AluK's latest investment is aimed at customers operating in the retail market. It is a brand-new consumer website designed to inform and inspire, as...

Sheerline continues to expand its aluminium products with the launch of a next generation aluminium roof lantern. It combines low-level styling with...