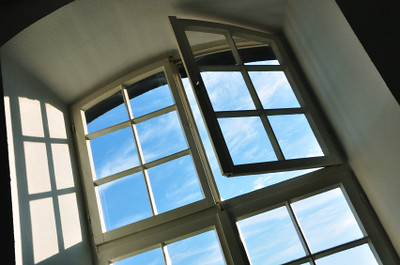 It’s currently too complicated for people to adapt their homes for net zero and too often things go wrong. That’s the message from a major coalition of consumer and industry groups in an open letter to the Prime Minister.

Citizens Advice, Which?, Aldersgate Group and the Federation of Master Builders are urging the government to work with them to address the obstacles currently faced by consumers and ensure lessons from previous energy efficiency schemes are learned. Otherwise it risks undermining the UK’s ability to decarbonise its 29 million homes.

The alliance says that by making sure this process is as easy as possible for the public to engage with and understand, the government can maintain public trust and support and realise the benefits of emissions cuts, safer and warmer homes and innovation and jobs.

According to the group, right now the process of installing low-carbon heating, upgrading insulation, upgrading windows and doors or installing smart technologies is time-consuming, confusing and stressful. Researching and choosing the right technology, finding a reputable installer and having the work completed demands huge amounts of knowledge, time and effort.

Things go wrong too often - the process of making adaptations is often beset by problems, including poor installation, technologies not working as expected and people facing difficulties fixing things when they go wrong, claims the coalition.

The coalition is also urging the government to avoid the mistakes of past energy efficiency schemes. Mistakes which left too many people struggling with damp and mould due to poorly installed insulation. Others suffered damage to their homes, leaving them with long-term problems that were expensive, disruptive and distressing to resolve.

Despite recent improvements, current consumer protections are not ready for the pace and scale of the work needed to improve millions of UK homes, it is said.

The coalition is calling on the government to take the opportunity to fix these gaps through its upcoming Net Zero Strategy and put in place a long-term strategy to help households overcome the barriers to adapting their homes for the net zero transition.

Information - from installing low-carbon heating to upgrading insulation, it’s confusing for people to know what steps to take and what technologies to install. People need more accessible and unbiased information to help make the right changes to their homes.

Consumer protections - the consumer protection landscape must be fit for purpose. If protections don’t keep up with the pace of change, the door will be opened to scammers and rogue traders. Previous energy efficiency schemes have been marred by such problems - which also began to emerge with the Green Homes Grant.

Costs - many people will need financial support to make changes to their homes. There needs to be a comprehensive long-term policy framework that provides certainty for businesses and consumers, which offers financial support such as predictable and well-advertised grants, low-cost loans and financing.

“Our evidence is clear. Right now, making green changes to homes is too confusing and too often things go wrong for those trying to do the right thing. The public are behind the net zero transition but they need the right information and tools, particularly when it comes to adapting their home.”

Rocio Concha, Director of Policy and Advocacy at Which?, said: “Decarbonising millions of households across the UK is a vital but complex component of the government’s net zero strategy. The level of support consumers need must not be underestimated.”

Nick Molho, Executive Director of the Aldersgate Group, said: “Cutting emissions from homes is a significant part of achieving net zero emissions but the transition also presents a real opportunity to improve the quality of the housing stock and the affordability of energy bills across the country.

“The government has a significant opportunity with the upcoming Net Zero Strategy to set a clear direction of travel through predictable regulatory targets, easily accessible policy incentives and much improved information and local support measures. It is vital that energy efficiency and low-carbon heat schemes are placed on a long-term footing, so that industry can invest, train its workforce and grow consumer confidence.”

Brian Berry, Chief Executive of the Federation of Master Builders, said: “With our homes consuming 35% of all energy in the UK and emitting 20% of our total carbon dioxide emissions, it’s clear that net zero will only be possible alongside a long-term plan to green our homes. Short-term interventions, such as the prematurely closed Green Homes Grants Scheme, served only to undermine, rather than create, certainty for both consumers and builders.

“Any policy framework must be long-term, allowing time for local building firms to complete the relevant training to retrofit homes. Homeowners need to be informed about what changes need to happen to their home to make it environmentally friendly. We recommend each building should have a renovation passport, setting out the path to net zero. We also need a locally led approach that is sensitive to local communities’ needs.”

Picture: Making homes Net Zero is not currently an open and shut case according to the coalition of Citizens Advice, Which?, Aldersgate Group and the Federation of Master Builders.

A new online CPD-certified presentation focusing on how to achieve zero carbon through a fabric first approach has been released by the IMA. The...

The Green Homes Grant Voucher Scheme was delivered to an over-ambitious timetable and was not executed to an acceptable standard, significantly limiting...

£14 Billion Framework - Is This SCAPE's GOAT

People are asking if SCAPE's latest procurement process is its Greatest Of All Time  - with seven contractors set to deliver £14 billion of...

A Plan For Jobs

8 July saw the Chancellor of the Exchequer set out a ‘Plan for Jobs’ that will spur the UK’s recovery from the Coronavirus outbreak. Here...

COP A Load Of That

Medite Smartply played a crucial role in the construction of the COP26 house, a zero carbon, timber frame building built by Beyond Zero Homes. The project...

A Private Member's Bill to outlaw cowboy builders and sub-contractors has been withdrawn as it was doomed to failure without enough support in the...

Welcome In The Valleys

Dudley’s Aluminium has teamed up with ISG to support the construction of zero and low carbon primary schools in the Vale of Glamorgan. Cardiff...

89% Of House Builders Having To Delay Jobs

A shocking 89% of local builders have reported having to delay jobs due to a lack of materials or skilled tradespeople, according to the latest State of...