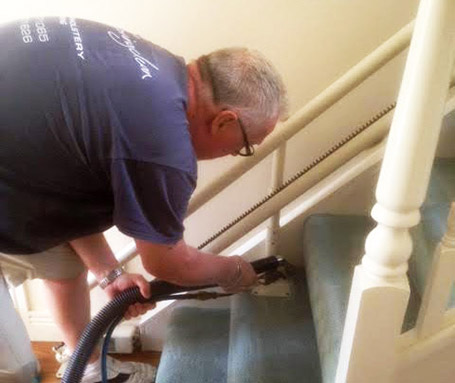 As we head into the brighter future of 2020, The Installer & The Fabricator has teamed with a comparison site to identify some great trade names - and also discover a less than chirpy secret...women in those trades earn less than their male counterparts.

Working with HaMuch.com, we've come up with the following companies working in either the domestic or commercial sectors or both.

Spruce Springclean is a cleaning service in Cornwall while Bonny Tiler operates as a bathroom, plumbing and tiling company in the Vale of Glamorgan.

There’s also Lino Richie, a flooring company in Ireland or for all of your wood stripping, painting and decorating needs, Jack the Stripper is on hand to help in Twickenham.

As seen on TV

Lawn N Order in North Lincolnshire is a landscaper for both the commercial and domestic sector - including stadia pitches; Floral and Hardy are at the domestic end in London, with a florist business included; while Surelock Homes is a locksmith from Portsmouth.

If cartoons are more your thing, you can choose between He-Van removals in Brighton or Barney Rubble interior building and garden landscaping in Stockton-on-Tees.

Stopcocks Women Plumbers is a national company of female only plumbers and heating engineers. Pane in the glass is a window installation in Ashford.

The Installer & The Fabricator used the internet to check-out U-benders plumbing in Brighton. As the company particularly works and supports the LGBT community, they get the final name check rather than having any reference to them redacted.

CEO of HaMuch.com, Tarquin Purdie, commented: “With the sheer volume of tradespeople in the UK, standing out from the crowd is an uphill struggle and whether you compete on price, provide a better level of service or simply catch the eye with a creative company name, it’s important to have a differentiating factor between you and the competition."

Using data from the ONS, The Installer & The Fabricator and HaMuch.com have also found that a male carpenter in the UK takes home an average yearly net salary of £22,072, 74.7% higher than the average net wage of a female carpenter of just £12,632.

The wage paid to male cleaners was also amongst some of the biggest tradesperson gender pay gaps at 39%.

While electricians as a whole are amongst some of the highest paid across the nation, male sparks are paid £26,118, 28.7% more than female electricians.

While pay is one issue for females within the trades sector, the lack of female tradespeople, to begin with, is also apparent, with no salary data recorded for many regions of the UK due to the fact the ONS were unable to gather a large enough sample to start with.

Taking The Pledge On Gender Equality

As part of its commitment to championing gender equality, construction materials supplier Aggregate Industries has signed up to an initiative designed to...

Groundbreaking new research has revealed today that young businesses with black founders at the helm are most likely to hire diverse teams and self fund...

One trade fabricator has spotted that getting the best talent and gender equality go hand-in-hand. Meanwhile, Sonia Travis has been promoted to Head of...

Are You Settled? Deadline For EU Workers Looming

Construction companies employing EU workers must ensure that their employees have applied for settled status in the UK before 30 June 2021, says tax and...

Employees who might just fancy a change or are forced to because of redundancy can do so with an apprenticeship at any age. Employers looking for life...

A nationwide survey has been launched to discover the future training and development needs of the construction and engineering sector. Take it now to win...

Do Me A Favour - Extras Customers Expect May Shock You

When a tradesman accepts a job, they expect to head to the project site and complete it without any questions asked. However, that isn’t always the...

A new national survey of 2,000 people into the experience of home working shows that 37% are finding it more and more difficult but are prepared to carry...

Focussing on consumer detriment and the risk of rogue traders, the National Home Improvement Council has launched its second nationwide industry survey to...

Ultraframe has joined the legion of manufacturers of window, door and conservatory products to close its factory doors in an effort to keep the nation...